Welcome to our store

Introducing the AMD Radeon™ RX 6000 Series graphics cards, featuring the breakthrough AMD RDNA™ 2 architecture, engineered to deliver powerhouse performance for all gamers. The AMD Radeon™ RX 6800 Series and RX 6900 XT graphics cards power a new generation of competitive and 4K gaming with vivid visuals, and elevated experiences in every game and every frame.

One Gaming DNA for PCs and Consoles

AMD RDNA™ 2 architecture is the foundation of next-generation gaming PCs and consoles. It is the bedrock of the upcoming revolution in PC gaming graphics and cloud gaming. AMD RDNA™ 2 elevates and unifies visual effects and gameplay across multi- gaming platforms, like no other graphics architecture before.

We keep it cool and quietThe TRI FROZR 2 thermal system has been designed for efficiency. Expect a perfect balance of cool and quiet for more fun during endless gaming sessions. 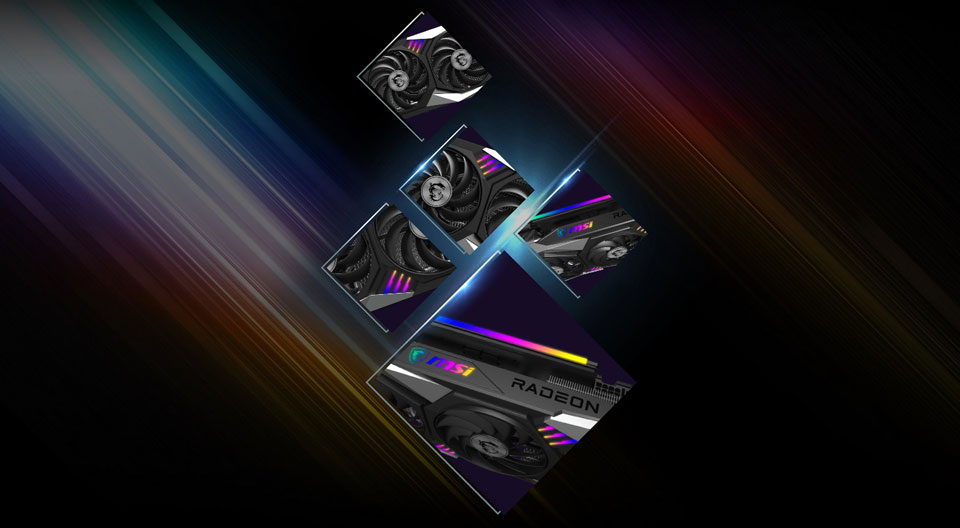 Light 'em upIt’s time to put on team colors. Synchronize lighting with other compatible devices to take the light show to another level. Going dark is as easy as turning the lights off.

Teamwork makes the dreamworkTORX FAN 4.0 is built on teamwork, with pairs of fan blades bound together with an outer ring design link that focuses airflow into the updated TRI FROZR 2 cooling system.

Totally cool core pipesCore Pipes are precision-machined for maximum contact over the GPU and spread the heat along the full length of the heatsink for optimal cooling.

Chillingly silentZero Frozr is the calm before the storm, keeping fans still and maintaining silence until cooling is needed.

TOUGH ENOUGH TO BACK YOU UP

Better safe than sorryGAMING has been crafted to serve you well during intense gameplay. This legendary item has extra power unlocked through the Custom PCB. Additional fuses built into the custom PCB provide additional layers of protection against electrical damage.

Bend the rules, not the cardSolid build quality in key areas is strengthened with a rigid metal anti-bending strap.

Your support characterA bundled support bracket can be attached to your PC case for additional graphics card reinforcement.

Bringing it all togetherMSI's exclusive Dragon Center software helps you get the most out of your MSI products. Monitor, tweak and optimize in real-time with just a few clicks.

Pair text with an image to focus on your chosen product, collection, or blog post. Add details on availability, style, or even provide a review.